Several months ago, the US Forest Service drafted and quietly released a proposal that would entrench the 1988 bicycle ban on the PCT. Although USFS apparently wished to avoid significant public scrutiny, PCTRI has gone to great lengths to dissect the proposal and to rebut the highly irregular and draconian elements of the plan.

A summary of our position on USFS Plan #3375 is below: 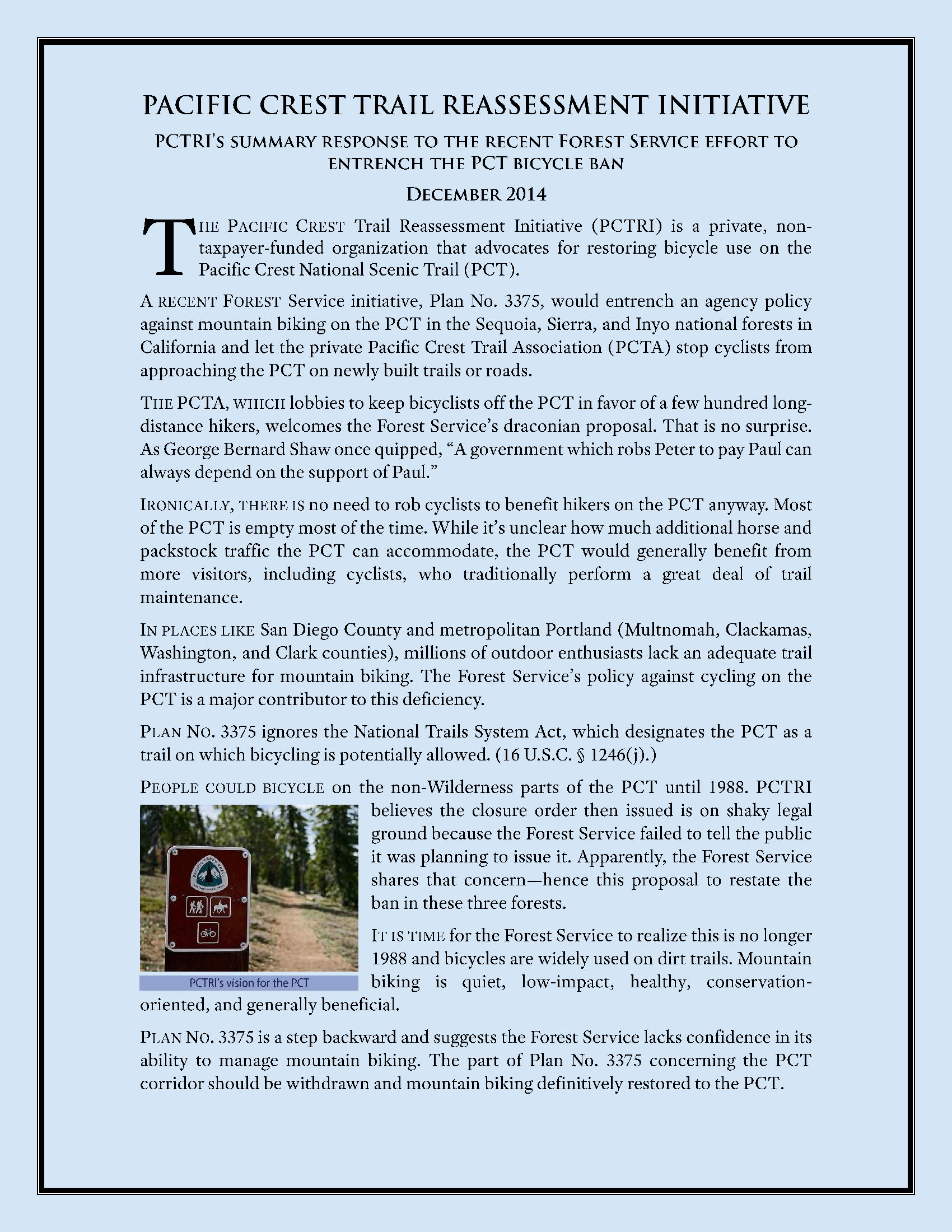