History of the Initiative

In 1988, the United States Forest Service issued an immediate and effective closure order that prohibited “using or possessing a bicycle except by special-use authorization” on any portion of the Pacific Crest National Scenic Trail under Forest Service jurisdiction. This act was further supported by the California Bureau of Land Management, stating that the trail was “designed for foot and equestrian use.” A further penalty of $1,000 per offense was implemented. These bans have been in place and enforced since inception and have remained unchallenged until the Pacific Crest Trail Reassessment Initiative formed in 2010.

Believing that there were significant defects with the closure order, in 2010, we submitted a letter to regional foresters of the United States Forest Service requesting that the agency revisit the 1988 closure order. We soon followed up with additional information and in 2012, we received word that USFS could be initiating a formal review process as early as sometime in 2013. That would have provided an opportunity for the public to participate in this important process – something that never occurred when the order was issued in 1988.

Despite indications from the USFS that a public review process would soon be underway, in February of 2013 we received a reply from USFS in which the agency formally and explicitly denied our request, and moreover indicated it would not pursue any action related to the trail closure. Their decision was thoroughly disappointing (but not entirely surprising). It is our belief that the USFS decision was guided by misinformed analysis and incomplete data, and that their refusal to conduct a formal public review process was inappropriate, unfair and potentially inconsistent with the law.

In short, we felt that USFS had not adequately defended or justified their decision to leave the existing closure order in place. As such, we have submitted a formal response, which clearly indicates our dissatisfaction with their decision and includes additional input and analysis from our research supporting our position. This letter was submitted to the USFS in February 2013 and we are currently awaiting any formal response.

The PCTRI continues to pursue all possible channels to encourage USFS to do as the agency originally indicated and initiate a transparent, public process to reconsider or reassess the 1988 closure order. Meanwhile, the PCTRI strongly encourages anyone interested in this issue to make plans to visit the PCT by foot or on horseback to experience for yourself the grandeur and the adventure that awaits on one of the greatest recreational trail resources in the world. It’s your interest, enthusiasm and commitment that will lead to the day when you will also be able to enjoy the PCT by bicycle.

For many years, bicycles were allowed on the Pacific Crest Trail (PCT). The PCT has been around for decades, though in various stages of completion.

Mountain biking is permitted in non-Wilderness sections of the CDNST, but not on the PCT.

Like the PCT, the CDNST is to be “administered” (16 U.S.C. § 1244(a)(5)) as directed elsewhere in the National Trails System Act. It has always been open to mountain biking except in Wilderness portions or unless prohibited by some other rule. In 2007, the Forest Service considered closing the CDNST to mountain biking. In 2009, after a long process of public review, it decided to let bicycles continue to use the trail.

Mountain biking is prohibited on the Appalachian Trail, which is another component of the National Trails System. One reason for this may be that Congress has directed that “[t]he Appalachian Trail shall be administered primarily as a footpath.” (16 U.S.C. § 1244(a)(1).)

Unlike its action with the CDNST, the Forest Service has never, as far as we know, publicly evaluated the PCT for bicycling as a potential trail use under the National Trails System Act of 1968. Rather, unsure of the environmental and social effects of mountain biking when the travel mode became popular in the 1980s, the Forest Service imposed a ban on the non-Wilderness portions of the PCT in 1988 without any opportunity for public comment that we are aware of—and, as far as can be discerned, never got around to reevaluating it. (For Wilderness portions of the PCT, however, there is a regulation within the Code of Federal Regulations, 36 C.F.R. § 261.18(b), that prohibits bicycle use.) There was, apparently, no scientific analysis or published Forest Service assessment of multiuse. A brief two-page closure Order, of the type that might ordinarily be used for such temporary problems as a campsite endangered because of an overhead tree limb, provides authority for the PCT bicycle ban.

Early in 2013, the PCTRI met with members of the USFS to advocate for our cause in the hopes that the current land managers would reconsider the ban and whether or not a compromise could be reach between the interested parties. We presented our thoughts and ideas to those with the greatest influence over management of the PCT and unfortunately, in November 2013, the USFS issued their official statement, which upheld the original closure order.

The Pacific Crest Trail Reassessment Initiative expresses no opinion on whether the 1988 ban on bicycles on non-Wilderness parts of the PCT remains legally valid and enforceable. The Initiative does not condone, support, encourage, recommend, or advise using the PCT in any manner that fails to comply with applicable laws, regulations, and/or official government policies. Furthermore, nothing on this page constitutes legal advice or representation, nor does the Initiative guarantee the accuracy of any statement made hereon. People wondering about the current legal status of the exclusion of bicycles from non-Wilderness portions of the PCT should consult an attorney who is qualified to provide legal advice on this question. 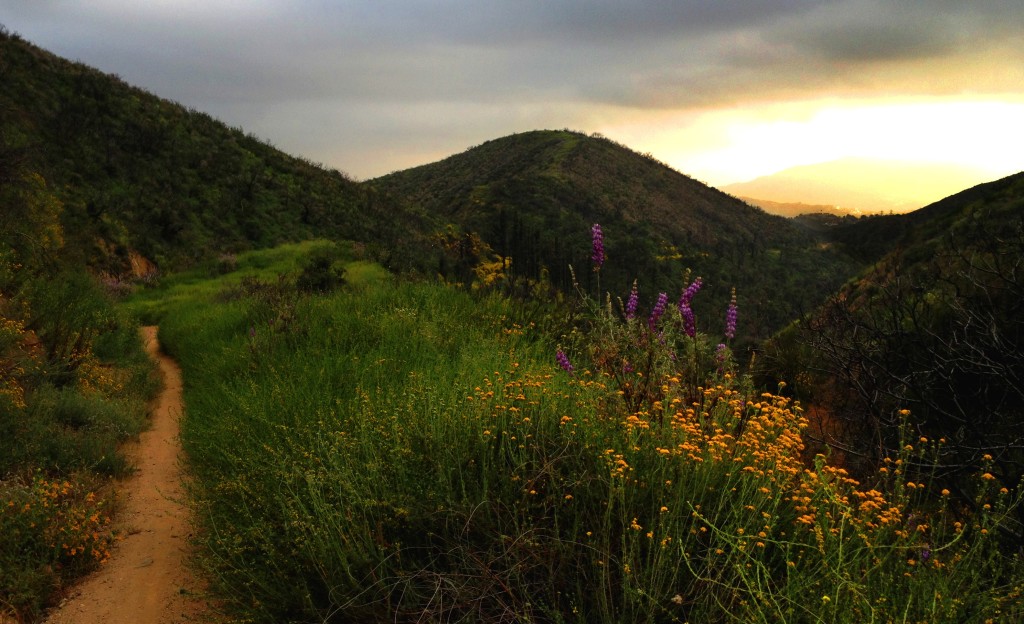 ©2012 Sharing the PCT. A not-for-profit organization | Website by Immersion Media